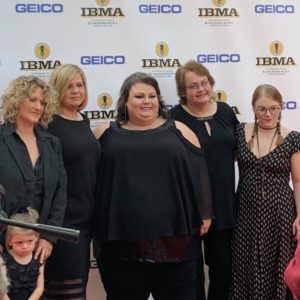 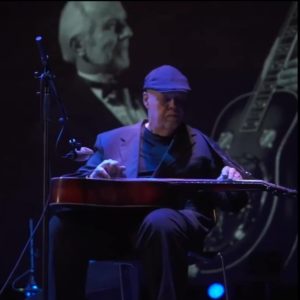 Raleigh, N.C. – The International Bluegrass Music Association (IBMA) held their annual awards show Thursday evening at the Duke Energy Center, and it was a big night for multiple Pinecastle Records artists. Recipients included Sister Sadie, who was awarded “Vocal Group of the Year” and Phil Leadbetter, who was named “Resophonic Guitar (Dobro) Player of the Year.” The show was part of Raleigh’s 2019 World of Bluegrass, which will continue through the weekend with performances from the genre’s top entertainers.

Sister Sadie’s win caps off a year which has propelled the all-female group to the forefront of Bluegrass. Riding off the success of their critically-acclaimed project Sister Sadie II, the singers took home their very first IBMA award as a group. The win comes after a year that included a Grammy nomination and Grand Ole Opry debut, along with features on top publications like Rolling Stone, NPR, Parade and Billboard. Members Dale Ann Bradley, Tina Adair, Gena Britt and Deanie Richardson were also part of the show, performing their No. 1 hit “Losing You Blues.”

Perhaps the most heartfelt moment of the night happened when Phil Leadbetter won his third “Resophonic Guitar Player of the Year” title. During his speech, he pointed out that the award was only a smaller victory compared to a bigger battle he had just won. Earlier this month, Leadbetter revealed that he had officially beaten cancer for a fifth time. The award-winner also performed as part of a Mike Auldridge Tribute, which featured fellow nominees Jerry Douglas, Rob Ickes and Justin Moses. Looking into the future, he is already in the process of selecting new material for a future release.

Phil Leadbetter Reacts to Win:
“It was such an honor to win my third IBMA ‘Dobro Player of the Year’ award from a ballot that included all my musical heroes. Who says dreams don’t come true? Two months ago, I was fighting for my life in a hospital. Two weeks ago, I became a five-time cancer survivor. Flash forward two weeks and I am on the stage of the Duke Energy Theater receiving my 3rd award from IBMA. Sometimes you just have to pinch yourself and realize you have come a long way. Thanks to everyone who voted or me.”

Sister Sadie Reacts to Win:
“We are so humbled by this honor!! Thank you all so much for the support and embracing us! We’ll be sharing more news & pictures about our week here in Raleigh soon, so stay tuned!!” Follow their journey HERE.