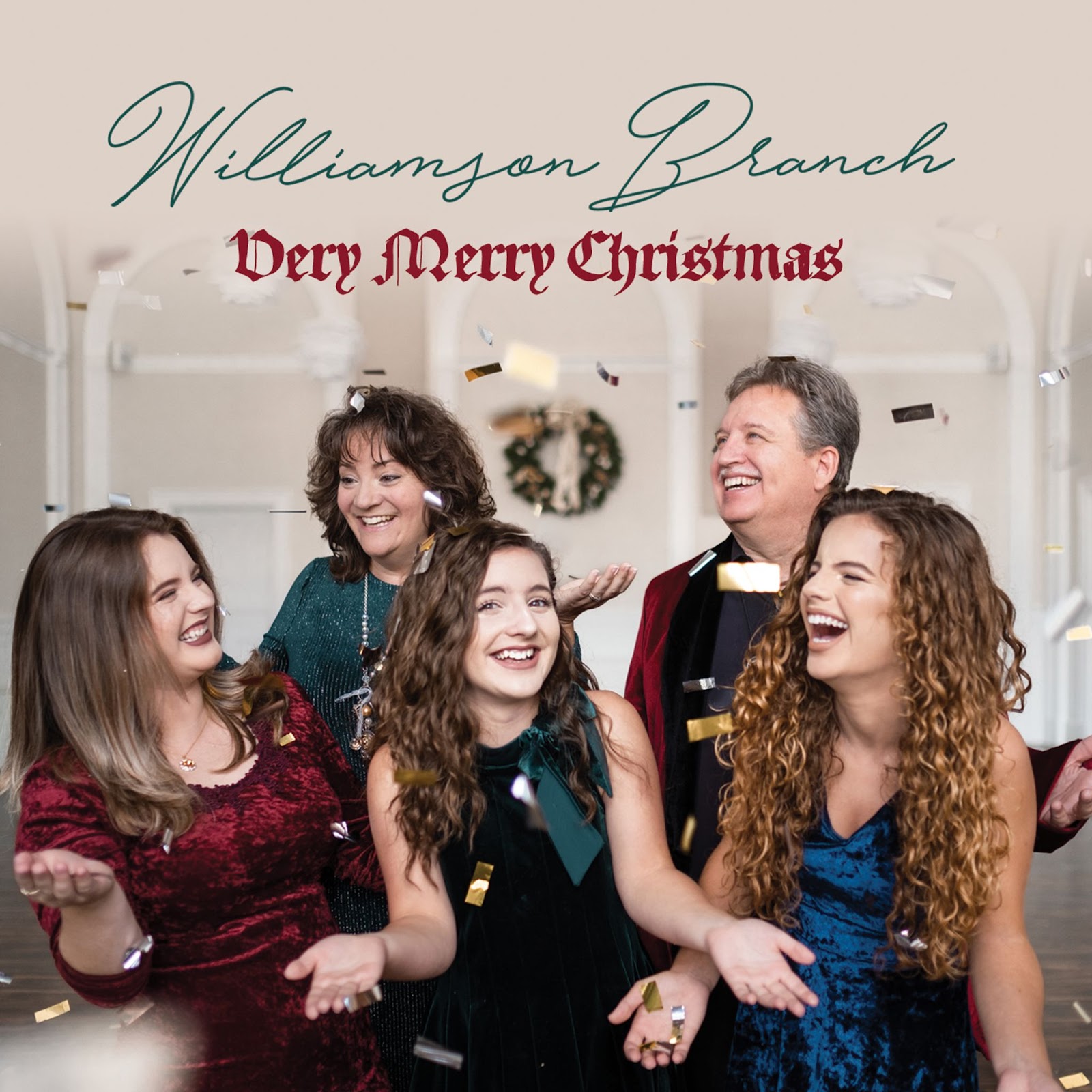 Nashville, Tenn. – Since the release of their debut album in 2015, Nashville based band Williamson Branch has quickly taken the Bluegrass genre by storm. In addition to charting multiple No. 1 hits on radio, garnering numerous awards and receiving hundreds of millions of views from viral performances, they’re ready to write the next chapter with more new music. Available today is the band’s brand new full-length holiday project Very Merry Christmas. It features a total of 14 new recordings and is available for download and/or streaming HERE.

With the release of Very Merry Christmas, there is something for every type of music enthusiast. One of the highlights includes a high-energy medley of the Bill Monroe classic “Christmas Time’s A Comin’” paired with Bing Crosby’s staple “White Christmas.” The result is an upbeat good-time that showcases the entire family including Melody Williamson Keyes, Kadence Williamson, Caroline Williamson, Debbie Williamson and Kevin Williamson. It follows the lead single title-track, which was originally released during the Christmas season in 2021.

Following an unprecedented demand by their 440K FB followers, Williamson Branch finally went into the studio with the main goal of capturing the true nostalgia of Christmas. While doing so, the 2022 IBMA Official Showcase Artists were able to perform an incredible duet of Brenda Lee’s “Rockin’ Around the Christmas Tree” where Caroline sings a must-hear version with Country Music Hall of Fame Statler Brothers singer Jimmy Fortune. The special part about the collection is that the band was able to tackle a variety of different genres throughout. Another highlight is Southern Gospel infused ballad “Be Born In Me.”

Very Merry Christmas serves as the follow-up to the band’s double-disc all-Gospel project Heritage & Hope. Originally released in 2021, the collection went on to beome a massive hit for the band. The lead single “Walking In The Spirit” featuring the Marshall Family has certainly left its mark. After hitting the top spot when it was initially released in early 2021, it recently returned to No. 1 on the Bluegrass Today Weekly Gospel chart last month, nearly 21 months after its initial release.

Williamson Branch has several big surprises coming throughout the end of the year. To join in the fun and become a part of the journey, check out their official FB page HERE.