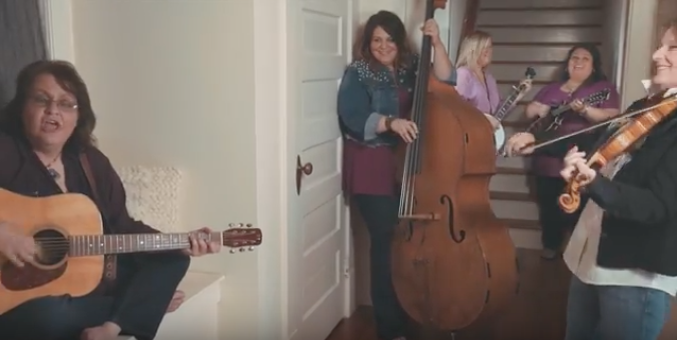 Nashville, Tenn. – To say it’s been a big year for Grammy-nominated group Sister Sadie would be an understatement. Since the release of their critically-acclaimed sophomore project Sister Sadie II, the band has left shockwaves in American Music circles. The all-female supergroup has another achievement to add to their growing list of accomplishments, as Sister Sadie is set to make their debut on the iconic Grand Ole Opry later this month, on March 30. Fans can purchase tickets here, or listen live on the legendary WSM 650-AM (stream online at wsmonline.com).

March also marks Sister Sadie’s first trip to the top of Bluegrass Unlimited’s ‘Top 15 Bluegrass Albums’ chart, as the latest collection charges its way up to No. 1 on the national chart. In addition to being a finalist earlier this year at the 61st Annual GRAMMY Awards for “Best Bluegrass Album,” Sister Sadie has also garnered praise from top publications like NPR, Rolling Stone and Parade Magazine.

Since forming as a band in 2013 after a one-night-only show at The Station Inn in Nashville, Sister Sadie decided to form as a group after the roaring success of the sold-out show. As 2019 continues, Sister Sadie has several tour dates on the books at venues and festivals nationwide with members Dale Ann Bradley, Tina Adair, Gena Britt, Deanie Richardson and Beth Lawrence. Fans can find the full list of appearances on their official website, sistersadieband.com.