Nashville, Tenn. – While Scott Vestal and the all-star lineup of musicians on the critically-acclaimed Bluegrass 2022 album are celebrating their recent IBMA nominations, they’re excited to announce the next single from the collection. The instrumental recording “Lonesome Fiddle Blues” will serve as the newest release from the project. In addition to Vestal, playing on the album are Cody Kilby, Byron House, Randy Kohrs, Tim Crouch and Jonah Horton. The full Bluegrass 2022 is also available for download and/or streaming HERE.

“Lonesome Fiddle Blues” is a tune that was written by Vassar Clements. Following the release of the album, the song has already seen chart success by placing inside the Top Ten on Bluegrass Today’s Weekly Airplay Chart. It may sound familiar to some fans as it was originally released by the Nitty Gritty Dirt Band in 1972. The track was also part of the reason for an astounding five-star review on Roots Music Report, who said, “this album (and its cast of characters) are all winners!” The Midwest Record Entertainment also exclaimed, “These cats will never play it lonesome because high octane stuff like this will always attract a crowd. Smoking.”

The upbeat anthem showcases each musicians’ ability. Those top notch skills are also what led them to a recent nomination for the project’s lead single “EMD” in the “Instrumental of the Year” category. Vestal is also a finalist for the coveted “Banjo Player of the Year,” an award he’s won the last two years in a row. When the popular series first launched in the mid-90s with Bluegrass ‘95, it was met with high praise, even taking home the coveted IBMA award for “Recorded Event of the Year.” After taking a 19-year hiatus, it was revived in 2020, reigniting the concept of featuring the instrumentalists who are currently doing active sessions with Vestal at his studio Digital Underground, located outside of Nashville. By incorporating these elements, it helps to create a musical experience for listeners that is memorable, while also staying fresh with the latest trends. 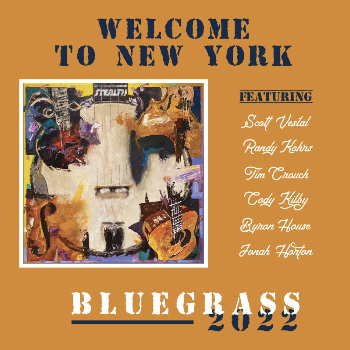