By Pinecastle Publicity August 12, 2022 A Dream Is A Wish
No Comments 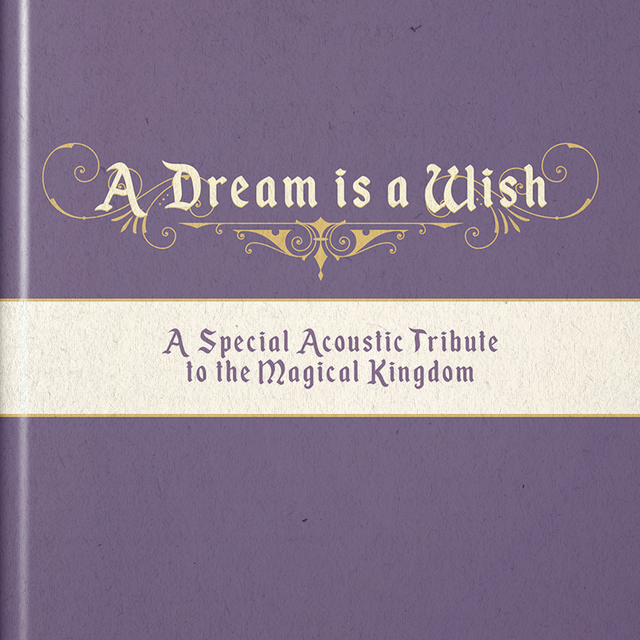 Project Features Guest Vocals From Dale Ann Bradley, Dennis Parker, Jim Denman, Sarah Logan, Roe Family Singers and More Produced by Tony Wray
Nashville, Tenn. – Over the years, the power of music from film has grown to produce some of the most iconic songs of all-time. Pinecastle Records is tapping into that extensive collection of memorable tracks with the release of A Dream Is A Wish, which offers A Special Acoustic Tribute To The Magical Kingdom. The project includes a catalog of hits performed Bluegrass, Americana and Roots style with a combination of guest vocalists and instrumentals on 10 total recordings. The full album is available for download and streaming HERE.

It includes vocals by top artists like Dale Ann Bradley, Dennis Parker, Jim Denman, Roe Family Singers, Sarah Logan (Wilson Banjo Co.) and more (see full track list below), plus guest instrumentalists including Survivorman star Les Stroud. By putting a new twist on some of the biggest tracks spanning multiple decades, the album accomplishes the task of staying true to the originals. Playing instruments throughout are Tim Crouch (on fiddle) and Tony Wray (guitar and banjo). Wray also served as the producer for the project.

Perhaps one of the top standout cuts on the record is “Baby Mine” performed by reigning IBMA “Female Vocalist of the Year” Dale Ann Bradley. The heartfelt cut was originally featured in the “Dumbo” movie initially released in 1941. Another highlight is a must-hear instrumental version of “Cruella De Ville” performed by Wray and Crouch, joined by Stroud and Dane Farnsworth. Perhaps one of the biggest full-circle moments comes towards the end where Sarah Logan of Wilson Banjo Co. sings “When You Wish Upon A Star” which was originally sung by Cliff Edwards in the original motion picture soundtrack for “Pinocchio.”

Bluegrass fans were treated to the lead single “The Lord Is Good To Me” earlier this year. The track pays tribute to the original featured in the “Johnny Appleseed” film dating back to the late 1940s with a whimsical spin. This new invigorated version centers around the powerful vocals of Jim Denman.

To learn more about the project, visit www.pinecastlemusic.com.