The International Bluegrass Music Association just announced the 2020 nominations from the legendary Station Inn in Nashville, and Pinecastle Records artists and projects received 10 total nominations. Performing at the event was Merle Monroe, who have quickly become one of Bluegrass music’s most promising acts! The awards and convention are set to take place in Raleigh this fall!

Gospel Recording of the Year: “After Awhile” – Dale Ann Bradley 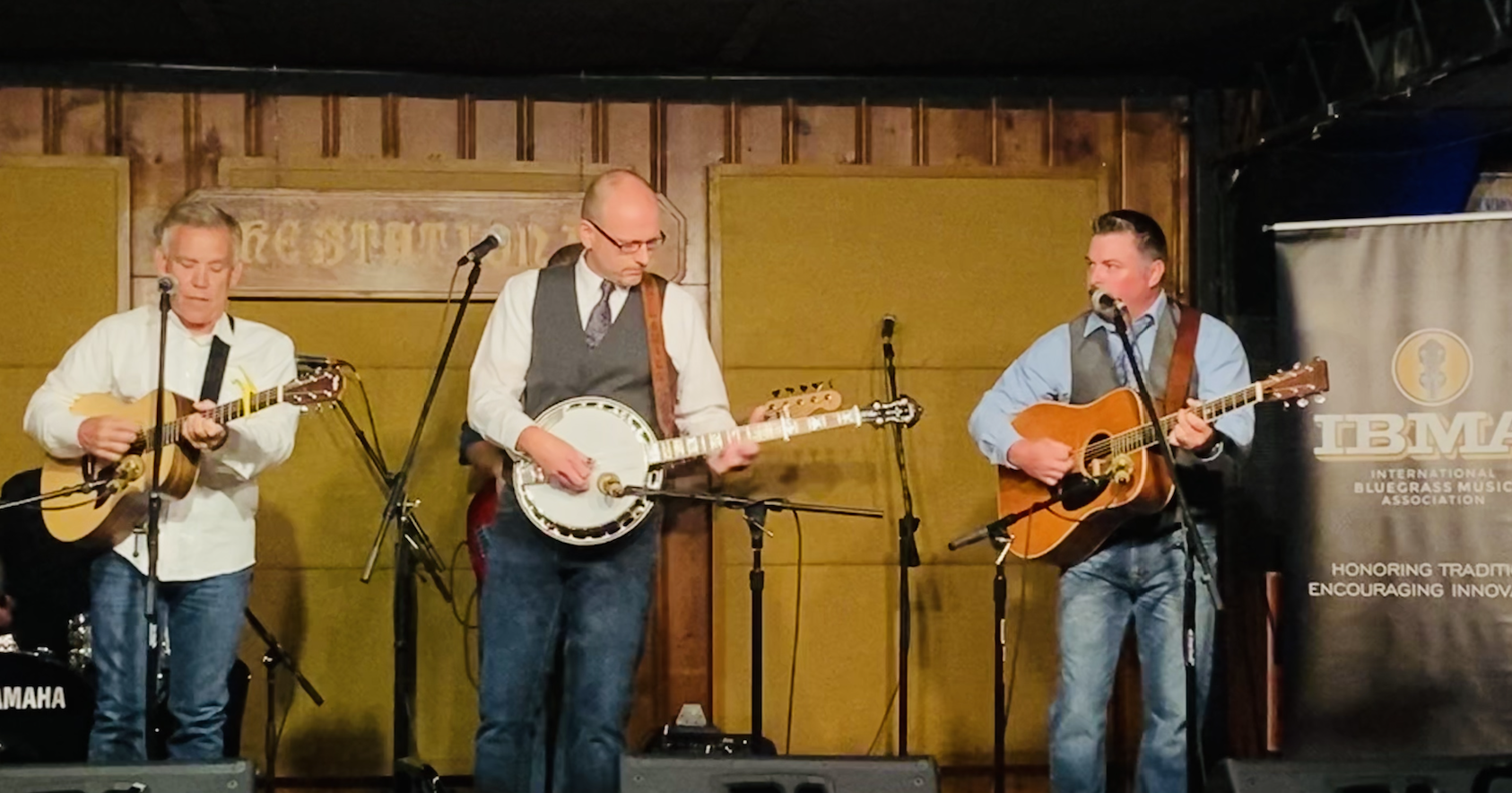 (Merle Monroe performing at the announcement ceremony in Nashville)

DALE ANN BRADLEY: The 5-time IBMA “Female Vocalist of the Year” is celebrating the No. 1 song in the country for two consecutive months on Bluegrass Unlimited with her lead single “Falling Down” from the critically-acclaimed Things She Couldn’t Get Over album! The album has hit No. 1 on the chart as well.

DANNY BURNS: In addition to debuting in the Top Ten of the Billboard Bluegrass Albums Chart, the Irish-born singer/songwriter has also gone on to top the Roots Music Report Americana Country Chart for multiple weeks, while also taking the top spot on the Country Album Chart, dethroning Chris Stapleton.

DANNY PAISLEY: Since its release, the reigning “Male Vocalist of the Year” winner’s Bluegrass Troubadour album has spent eight weeks inside the top ten of the Roots Music Report Contemporary Bluegrass Albums chart. The album’s lead single “Blink of an Eye” continues its climb on the Bluegrass Unlimited chart, currently at No. 3 for the month of August as well as the album chart (also at No. 3).

LINDLEY CREEK: As they prepare for the release of their lead single from their sophomore album, the band’s debut Freedom, Love, And The Open Road is holding tight on the Roots Music Report Contemporary Album Chart for 56 weeks consecutively. Out of those 56 weeks, 33 were spent inside the Top Ten. They also topped RMR’s Missouri Albums Chart for an impressive 14 weeks (currently at No. 6).

MERLE MONROE: The band recently scored their FOURTH chart-topper from their Songs of a Simple Life project. The latest single “Goodbye Marie” is currently NUMBER ONE on the Roots Music Report Bluegrass chart, while the album also holds the top spot for another week. They’ve also topped both Bluegrass Today’s Weekly and Monthly Airplay Charts, along with the Gospel Weekly Airplay Chart on multiple occasions.

WILLIAMSON BRANCH: The energetic family band has spent NINE week at No. 1 on Roots Music Report’s Bluegrass Gospel Chart, while the current single “Which Train” has also topped the song version of the chart last month.

WILSON BANJO CO. – The band recently hit No. 1 on Roots Music Report’s South Carolina Album Chart with Six Degrees of Separation, while the song has spent two weeks at No. 7 on the Bluegrass songs chart.

Here are our latest singles out to radio right now. Be sure to request them at your local station!
Dale Ann Bradley – L.A. International Airport | Danny Paisley – He Can’t Own Them | Daryl Mosley – Transistor Radio | Deeper Shade of Blue – Broken Lady | Lorraine Jordan & Carolina Road – I Cannot Bring Them Back | Merle Monroe – Goodbye Marie | Robert Hale & The 8th Wonder Band – Rapid Roy | Steve Thomas & The Time Machine – My Ship’s in a Bottle | The Farm Hands – Circle of Wood | Williamson Branch – Which Train | Wilson Banjo Co. – When the Crow Comes Down

We have several surprises in store later this summer and fall. As previously announced on social media, Bobby & Teddi Cyrus have recruited Billy Ray Cyrus for a brand new version of their song “Roll That Rock.” It will mark the “Achy Breaky Heart” singer’s first venture into Bluegrass.

Here is a list of artists with singles coming soon from Pinecastle Records.