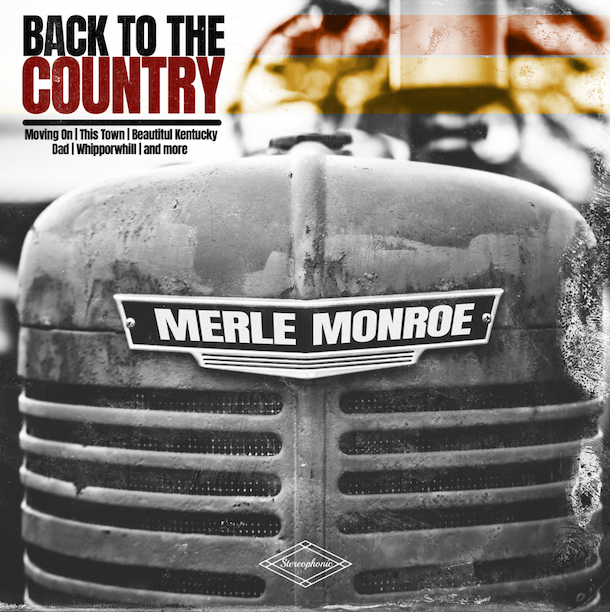 Nashville, Tenn. – The wait is finally over, as Merle Monroe releases their new debut album, Back To The Country. The collection pays tribute to the project’s main influences Merle Haggard and Bill Monroe, with a combination of new material written by the band, along with old favorites (full track listing below). Released via Pinecastle Records, Back To The Country includes 12 new recordings, which all spotlight the group’s invigorating style. Fans can download and stream the full album HERE.

The current single, “Dad” has already begun to make waves. Released prior to Father’s Day weekend, the official video was unveiled by The Bluegrass Situation. In addition, the song and video was also shared on Father’s Day by the Country Rebel network, reaching an online audience over 20 million. “Dad” was written by Skip Ewing, and features Tim Raybon singing lead on the engaging ballad, while Daniel Grindstaff adds background vocals. In one specific part, Raybon sings, “the pages of my life just keep on turning / the way you always told me they would do” which plays out in the video, while flipping through a photo album featuring old family pictures from both Merle Monroe members Raybon and Grindstaff.

Since forming and releasing their lead single earlier this year, founding members Tim Raybon and Daniel Grindstaff have quickly made a mark in Bluegrass, Americana, Folk and authentic Country music circles. Prior to the release, the dynamic band has already charted multiple songs, debuting at No. 1 on Roots Music Report’s ‘Top 50 Traditional Bluegrass Song’ chart with “Movin’ On,” a Merle Haggard cover and the project’s opening track. Their Tim Raybon written song “Blessed City” has reached another market, storming its way to No. 4 on Bluegrass Today’s ‘Gospel Weekly Airplay Chart,’ where it continues to climb.

To learn more on all things Merle Monroe visit the dynamic group’s official website HERE. While there, visitors will be able to purchase a physical copy of the album, check upcoming tour dates, latest news stories and more!