Flashback has recorded two Christmas songs just in time for the holiday season and they areavailable for purchase now. The band laid down the two Christmas tracks as well as a good portion of a 2018 album recently at Pinecastle’s Bonfire Recording Studio. The first track is their own version of “Silent Night” and the second is “The Greatest Gift,” an original penned by band member Don Rigsby. Flashback has plans to return to the studio before the end of the year to finish tracking the new album. It will be the follow-up to their debut album which had several charting songs including the #1 single “Foxhounds and Fiddles.”

The two new Christmas songs are also available to radio on AirPlay Direct or from Pinecastle.

Flashback was named after the classic 1994 J.D. Crowe album Flashback, on which members of the band recorded while touring with Crowe. The group’s current lineup is Don Rigsby, Richard Bennett, Curt Chapman, and Stuart Wyrick.

Flashback is now booking tour dates for 2018 and beyond. Promoters and agents can contact Wilson Pickins Promotions for more information. Click here for a video of the band talking about the two new Christmas songs. 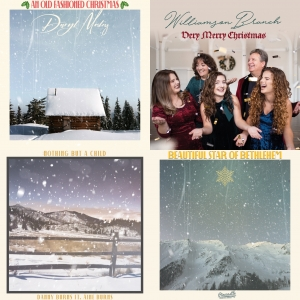