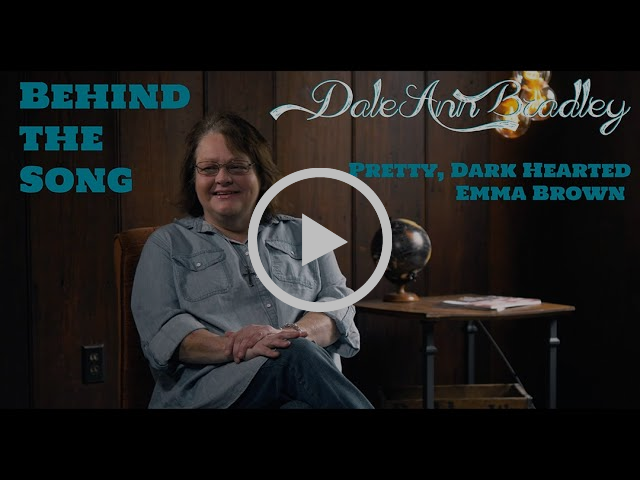 Nashville, Tenn. – Bluegrass hitmaker Dale Ann Bradley is pleased to announce the next single from her latest critically-acclaimed project, The Hard Way. The Appalachian themed track “Pretty, Dark Hearted Emma Brown” will serve as the newest radio release from the 5-time IBMA “Female Vocalist of the Year” winner. It’s already begun to get attention, with Billboard calling it a “standout on the album.” Fans can download and stream the new single and full album HERE.

Co-written with her brother Nathaniel Price, Dale Ann described the experience in an interview with Billboard. “It’s his first writing attempt,” she said. “I had just come in off the road and I was in the kitchen doing dishes. He said he had a song on his mind, and he told me the title. He had ‘Pretty, Cold, Dark Hearted Emma Brown,’ and it wouldn’t sing that well with that many adjectives in it, so we worked on it and got it done in a couple of hours.”

Since its release, The Hard Way has turned many heads, while also building momentum in Bluegrass, Americana and Folk music circles. The collection hits a new high for the month of August, as the project climbs its way to No. 1 on the Bluegrass Unlimited Album Chart. It has also hit the top spot on several other charts like Roots Music Report and more.

Dale Ann Bradley is currently up for multiple IBMA Awards, which are set to take place in Raleigh next month. In addition to being nominated for “Female Vocalist of the Year,”the songstress is also a finalist with Sister Sadie for “Album of the Year” and “Vocal Group of the Year.” Sister Sadie will be one of the headliners for the Wide Open Bluegrass Festival, where they’ll perform on the main stage at the Red Hat Amphitheater on September 27. To learn more about the the 2019 World of Bluegrass event, visit IBMA’s official website HERE