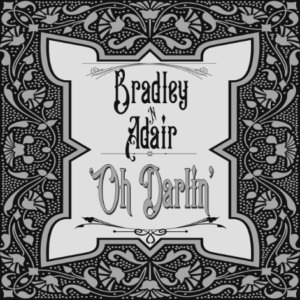 Nashville, Tenn. – Bluegrass mainstays Dale Ann Bradley and Tina Adair are gearing up for the release of their upcoming collaboration project coming in early 2020. They’re excited to unveil the project’s lead single “Oh Darlin’” which is available now. It’s the first taste of the album, which includes 10 new recordings released via Pinecastle Records. It made its world premiere earlier this morning on SiriusXM’s Bluegrass Junction. Fans can download and stream the lead single HERE.

“Last year Dale Ann and I did a Christmas duet song called ‘An Old Christmas Card’ and we had a lot of fun doing that. So much that we decided to go in the studio and record a whole album of duets,” says Tina Adair. Dale Ann Bradley adds, “These are old songs, most of them are from the 40s, 50s and the early 60s, one from the 80s, and one that you’ve not heard before. We grew up with these songs, and our parents grew up with these songs.”

“Oh Darlin’” brings together two of the most powerful voices in Bluegrass on the hard-driving anthem. The track may sound familiar to some music enthusiasts, as it was previously released in 1986 by the O’Kanes, where it went on to hit the Top Ten on the Country charts. Bradley & Adair’s Bluegrass remake of the song incorporates a new approach by combining other genres like Americana and Folk music into the sound. With Bradley singing lead and Adair doing harmonies, each artist’s vocals soar on the track.

As both members of the super-group Sister Sadie, Bradley & Adair have both had a huge year. They were recipients of “Vocal Group of the Year” at the 2019 IBMA Awards, where they made history by becoming the first all-female band to take home the award. In addition, Sister Sadie kicked off the year with a Grammy nomination, while also making their collective debut on the legendary Grand Ole Opry. Bradley has also taken her sound to a new level with her solo record, The Hard Way, released early this year. Additionally, the songstress was recognized at the SPBGMA Awards when she was named “Female Vocalist of the Year.”

Stay tuned as more information becomes available on the upcoming project from Bradley & Adair. In the meantime, fans can catch them together at upcoming Sister Sadie shows by visiting the band’s official website HERE.