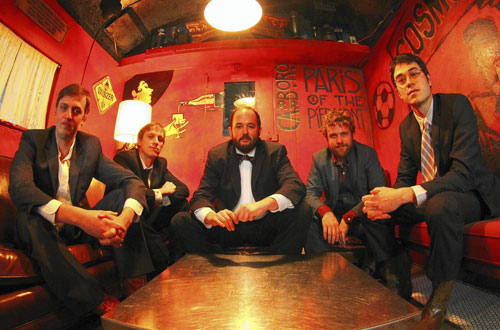 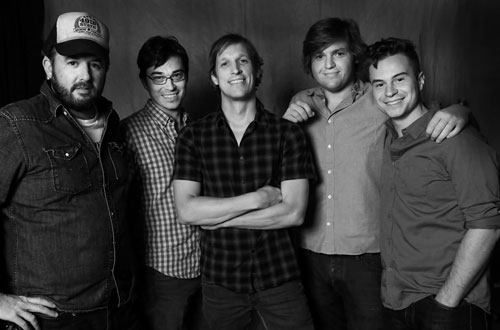 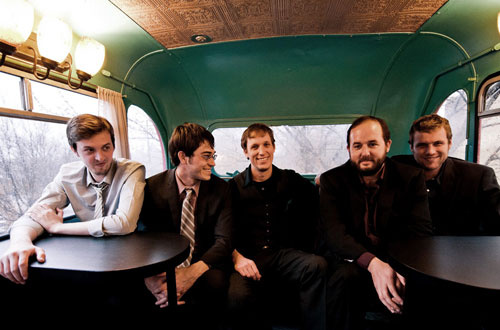 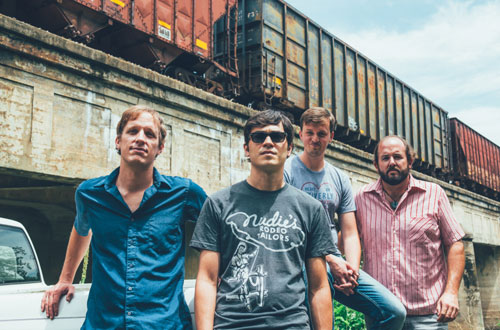 Hard Drivin’ Carolina String Band, Town Mountain, is touring with their fourth album, Leave the Bottle [2012]. Based in Asheville, NC, Town Mountain is Robert Greer on vocals and guitar, Jesse Langlais on banjo and vocals, Phil Barker on mandolin and vocals, Bobby Britt on fiddle, and Jake Hopping on upright bass.

One listens to their instantly memorable songs, and it’s plain to see why Grammy-winner Mike Bub would align with the group to produce Leave the Bottle as well as Steady Operator [2011]. Leave the Bottle effortlessly covers a wide array of styles in the string band spectrum featuring the stellar in-house songwriting that has become the band’s trademark. There’s the barroom swagger and honky-tonk edge of tracks like “Up the Ladder” and the title track “Leave the Bottle”, the Jimmy Martin style bounce and confidence of “Lawdog” and “Lookin’ in the Mirror”, the Irish flavor of Bobby Britt’s “Four Miles”, and the laid-back John Hartford style groove of “Greenbud on the Flower” among others. But no matter the style, the band’s delivery gives every tune a true and honest feel. The album went on to be listed as #6 Best Bluegrass Album of 2012 by Pop Matters, and WNCW listeners voted it #19 in the Top 100 albums of 2012.

“I’m not sure what the definition of bluegrass would be in words alone, but if that definition was set to music, it would probably sound something like Town Mountain’s Leave the Bottle… I could go on,” says Bluegrass Today’s David Morris, “There are no duds, and no filler songs on this project. But you get the point. This, my friends, is how bluegrass is supposed to sound.”