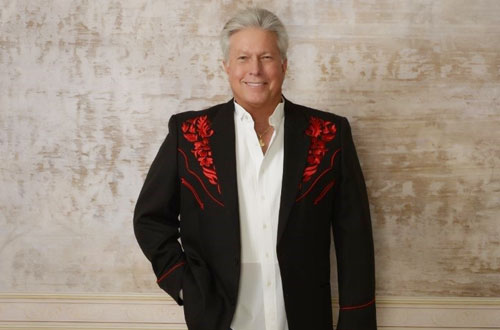 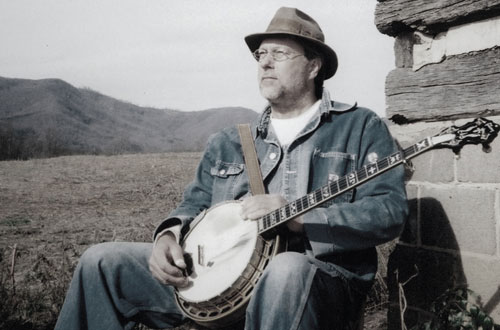 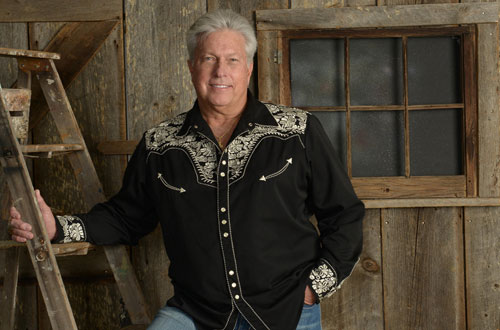 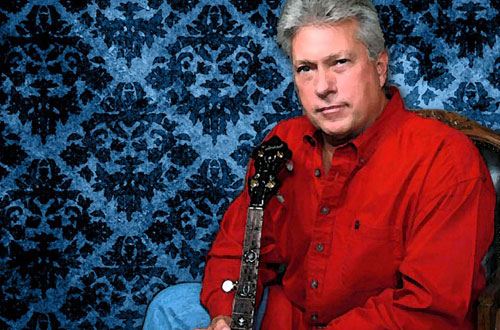 James Ray Edwards was born in Wilmington, Delaware, on April 16, 1954.

His family moved to Winston-Salem, North Carolina, which is a hotbed for bluegrass music when he was 10 years old.  As they say, you can shake a tree in North Carolina and a banjo player will fall out.

He started playing banjo when he was 13 years old.

Edwards was declared World Champion Banjo Player in 1973 and 1974.

Edwards was a staff musician on Tom T. Hall’s Pop Goes The Country Club for three seasons (1980-1982) playing steel guitar, rhythm guitar, banjo, Dobro®, and mandolin. Some of the highlights playing with Tom T. included the Grand Ole Opry, Carnegie Hall, The Smithsonian Institute and playing at The White House for former President Jimmy Carter.  By request, Edwards played a solo rendition on the Dobro® of one of the President’s favorite songs, Over the Waves. Edwards played multiple instruments on all of Tom T. Hall’s latter RCA and Mercury-Polygram albums between 1978 and 1983. Edwards feels his finest work is on Tom T’s RCA album, Tom T Hall Live At The Opry House, which includes all of Tom’s hits plus a bluegrass segment in the show. The admiration and respect Tom T. has for Edwards as a musician, songwriter and person is obvious in his lengthy, sincere introduction of a very special Storyteller.

However, his performing highlight is filling in for Bill Emerson with the Country Gentlemen at Lake Norman Music Hall in 1973 and getting the opportunity to work with the great Doyle Lawson, Charlie Waller, Bill Yates and Ricky Skaggs.

His song-writing highlights are having co-written Hard Rock Mountain Prison (‘Til I Die) and Carolina Moonshine Man, which were nominated by the IBMA and SPBGMA for Bluegrass Song of the Year.

He formed his own publishing company, the rapidly expanding Silver Stirrup Music, in 1980.

Was your family musically inclined?

“My father was not musically inclined but my mother could sing and play a few chords on the guitar and piano. She had started taking guitar lessons shortly before she was killed in a tragic auto accident in Winston-Salem, North Carolina, in 1993.”

How did your awareness of bluegrass music develop?

“My awareness of bluegrass music developed after making several trips to Delbarton, West Virginia, as a boy to visit my great-grandfather who played claw hammer banjo. ‘Poppy Kirk’ was my inspiration to play the banjo and his son, my great-uncle Charles fuelled the fire when I heard him play Scruggs-style banjo. When I heard Earl play Foggy Mountain Breakdown in the Bonnie & Clyde movie in 1967, I was all in. I had to learn the instrument.

Were you aware at that time that Foggy Mountain Breakdown was an iconic bluegrass instrumental?

“I never heard the instrumental until I saw the movie. That’s when I really fell in love with the banjo.”

What other musical styles were you aware of?

“The first music I really got interested in growing up was rock ‘n’ roll. I’d say this was pretty normal for kids of my age back in the early to mid.1960s. I loved the Beatles, The Rolling Stones and The Dave Clark Five. Several years later, country music became my favorite music and took center stage when I heard Bobby Bare’s Detroit City. I played that 45-rpm record over and over on our home record player and nearly drove my parents crazy. I loved Claude King’s Wolverton Mountain, Lefty Frizzell’s Long Black Veil and Johnny Cash’s, Don’t Take Your Guns To Town as well.”

When did you become aware of the nature of songs and the concept of song-writing?

“The late and great Roy McMillan was the first songwriter I ever met. I went to work for the High Country Boys in 1970. Being 16 years old at the time, I was too busy learning how to play the banjo. The art of song-writing never crossed my mind.

Roy did very few cover tunes on stage and only recorded his songs and an original tune or two written by his band members after he signed the deal with Rebel Records in 1971. So from day one, I had a steady diet of Roy’s original material and I slowly began to appreciate the gift of song-writing and what a great songwriter he actually was.  he fact that many groups in bluegrass music today still record his material speaks volumes.

Roy didn’t openly encourage any of the High Country Boys to help write material for the group but he was quick to put one of your songs on the list to be recorded for his next album when you’d written a good one.  Rhythm guitar player Grady Bullins (deceased) had been writing songs for a while when I joined the group.  One song he was sitting on was High Alleghenies which we worked up and recorded on our first Rebel album, High Country.  The song was recorded several years ago by Big Country Bluegrass and became a #1 song and also nominated for SPBGMA Song of the Year in 2010.  I spent many weekends with Grady and his family in Lawsonville, North Carolina, after becoming a High Country Boy.  It was on one of those weekends I wrote my first song, the instrumental, Comanche Chimes.  I was playing my banjo and tossing some ideas around playing out of A-minor when the melodies started coming to me.  The verse, chorus and “chime” bridge took only about an hour to write in its entirety.  It was included on Roy’s first Rebel LP as well.  I re-recorded the song with the Southbound configuration of Lou Reid, Jimmy Haley and Dennis Severt several years later.  The second song I wrote was also an instrumental called, Bootlegger’s Breakdown, which appeared on Roy’s second Rebel project, Up in the High Country.

If it wasn’t for Roy McMillan, there wouldn’t be a Ray Edwards, musician or songwriter and I’ll never forget him. I have four Roy McMillan songs in my Silver Stirrup Music catalog and they’re all great songs… Each song is very special with a story behind it…

I produced That’s When My Heart Wants To Die on Randy Travis’s front man, Drew Sexton (deceased) for a single release in 1985 and in 1986, we released the Roy McMillan, Terry Foust and Ray Edwards collaboration, Portrait Of Sin, as a follow-up single.  Portrait of Sin is a fantastic song which has just been recorded by Travers Chandler & Avery Country for Patuxent Records. The band’s new CD is scheduled to be released early next year. I was honored to play banjo on the project and I look forward to playing banjo with Travers on the festival circuit in 2015.

The Mountain Way is a song that I got writer’s block on back in 2005 and couldn’t write the second verse. I asked Roy for his help and he wrote an incredible verse for the song in one afternoon. I regard it as one of the best songs I’ve ever been part of writing and I never get tired of hearing it. Lou Reid & Carolina recorded the song for Lonesome Day Records in 2005.

The last Roy McMillan song I have is very special. Roy gave me the lyrics to this song many years ago and asked me to write the melody. The perfect melody always escaped me. After his death several months ago, I pulled the song out and started working on it again. I had just been diagnosed with prostate cancer and to be honest, I really wasn’t in the writing mood and I still haven’t gotten the concentration and creativity back I generally have, but I’m getting there. I wanted to get this song finished and demoed as soon as possible so I asked my old friend Lou Reid to write the melody. With Lou’s help, it should turn out to be a dandy.”