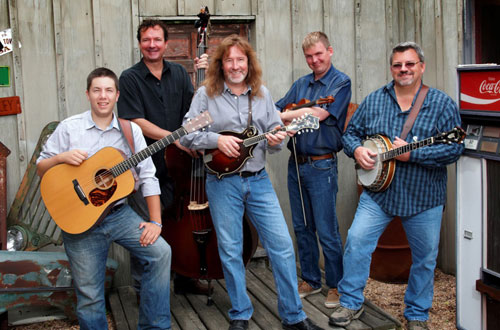 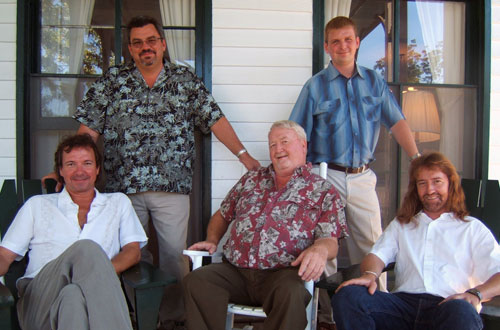 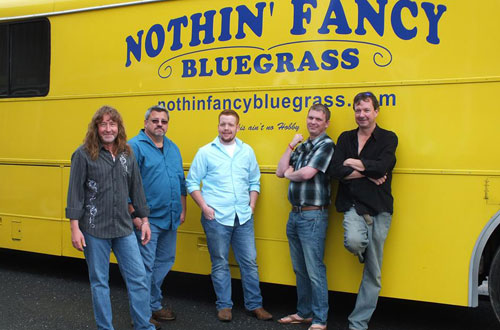 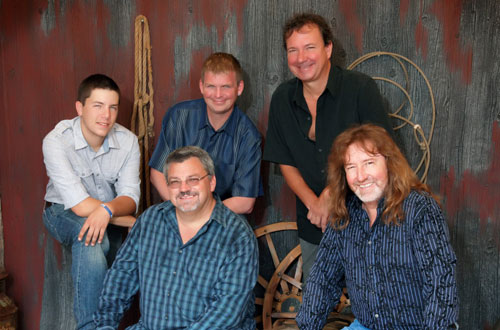 From the Shenandoah Valley in Virginia, comes one of the most entertaining bands in the bluegrass genre, Nothin’ Fancy. As a matter of fact, they won SPBGMA’s award for Entertaining Group of the Year three years in a row!

Nothin’ Fancy was formed as a bluegrass band in 1994 to compete in the East Coast Bluegrass Championship in Crimora, Virginia. After winning their auspicious debut, they have grown in popularity, released 8 full-length albums and one CD single, played the Ryman Auditorium in Nashville, the Lincoln Center in New York City, and the Birchmere in Alexandria, Virginia. They have successfully hosted their own Nothin’ Fancy Bluegrass Festival every year since 2001 in Buena Vista Virginia.
Their relentless touring schedule of over 140 dates per year has earned them one of the most loyal fan bases in all of bluegrass music. They are loved by festival-goers and bluegrass fans from the East to West Coast.

In 2002 Nothin’ Fancy signed with Pinecastle Records, and quickly released their debut recording for the label entitled “Once Upon A Road.” This album earned them a showcase at the IBMA (International Bluegrass Music Association) Convention in October 2002 and a nomination for the IBMA Emerging Artist of the Year Award. Their second release from Pinecastle, “Reflections,” received innumerable accolades and proved that they are one of the new powerhouses in the genre. Their 3rd Pinecastle project, “Album #7” continues to receive rave reviews from disc jockeys and fans alike. Listening to the request of fans, Nothin’ Fancy has just released their first gospel CD, “Lord Bless This House.” This album captures Nothin’ Fancy’s distinguished playing, vocal harmony, spirituality, and friendly charisma.

For three consecutive years (2010, 2009, 2008), SPBMGA (Society for the Preservation of Bluegrass Music in America) has honored Nothin’ Fancy with the prestigious “Entertaining Group Of The Year” award. The band was also nominated for SPBGMA’s Vocal Group of the Year and each band member was nominated for individual awards as well.

Their strong vocals, powerful instrumentation, and energetic stage presence, along with their friendly down-to-earth charm keeps people coming back for more. Nothin’ Fancy is not just carrying on the tradition of bluegrass music; they are contributing to the creation of a new tradition within the acoustic music genre.