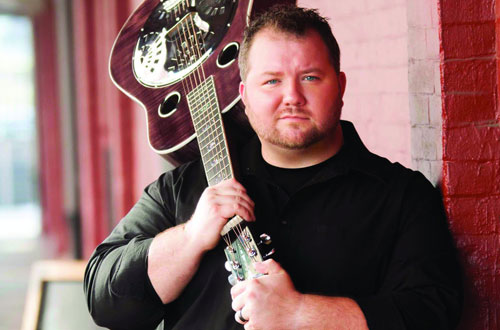 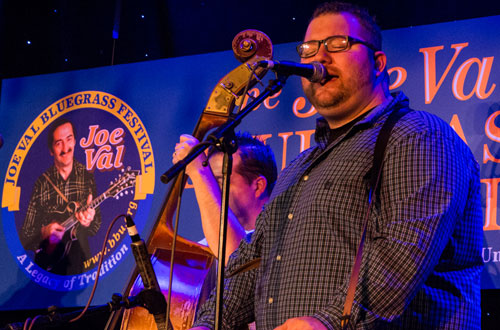 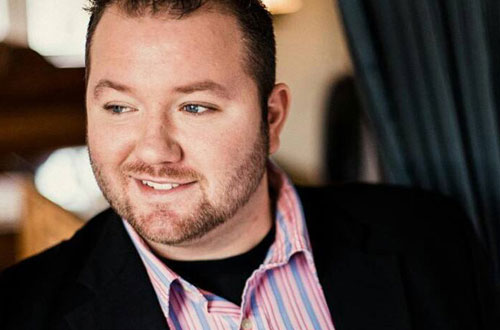 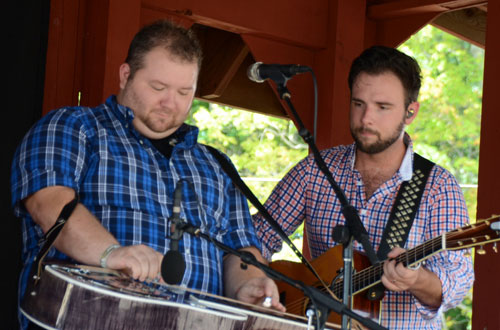 Brad Hudson’s new solo album Next New Heartbreak is his first release with Pinecastle Records and marks a new chapter for this Sideline band member’s career.

Eastern North Carolina native Brad Hudson was blessed with the God-given talent of singing and playing music in church starting at the early age of three. He managed to teach himself how to play guitar with the help of a few lessons from a local musician in his church. On his sixth birthday, his parents gave him his first guitar which he practiced daily in his bedroom. With a little help from some local musicians, Hudson continued to improve and soon began to experiment with the banjo and Dobro. Throughout his years in elementary school, he played in a few different bands at many different events and contests all over North Carolina. He marched in the drum line with his high school band in the Kentucky Derby parade.

During his high school years, Hudson worked with Nashville recording artist Don Cox and several bluegrass bands in the area. After his stint with Don Cox, Hudson worked as a musician at The Crystal Coast Jamboree in Morehead City, North Carolina where he sang, played in the band and was featured as a soloist and dancer. Working at the Jamboree gave him a sense of how a professional band operated. It was also where he learned how to read charts and the Nashville number system which would become a big asset to him in his musical career.

After working at The Jamboree for a few years he went on the road playing bass with Dollywood stars and recording artist The Larkin’s. They performed shows at bluegrass festivals, casinos, the Grand Ole Opry and opened for country artists like Eric Church and Colin Ray. The band also partnered with Dolly Parton performing, recording her songs and doing a music video with her.

After graduation, Hudson became an instrumentalist and singer with Parton’s brother Randy at his music theatre in Roanoke Rapids, North Carolina. Hudson performed nightly shows with the house band as well as events with Dolly Parton and her Imagination Library. Hudson counted it as a huge blessing to be working with the Parton family.

Later, Hudson began working with the nationally known award-winning bluegrass band Lorraine Jordan and Carolina Road. After being a big fan of the group for years, he started traveling all over the United States and Canada with them. He participated in several of their recording projects and was nominated for Dobro and bass performer of the year by SPBGMA while with the band. He also recorded with the band on their Country Grass album singing with John Conlee on the bluegrass rendition of his number one country hit “Common Man.”

Wanting to Explore more opportunities, Hudson moved to Pigeon Forge, Tennessee, one of the biggest tourist areas in the country. It was there that he performed at the Country Tonite Theatre. During his time at the theatre, it was awarded show of the year and was voted best show in Pigeon Forge.

In September 2014, after marrying the love of his life and much praying Hudson went back on the road with Grammy-nominated Jeff & Sheri Easter. With the Easters Hudson got to show off his multi-instrumental talent playing a wide variety of instruments.

After moving back to East Tennessee to be closer to family Hudson was invited to be a part of Dolly Parton’s family band at her theme park in Pigeon Forge, TN. It was during this time that the opportunity came for Brad to join bluegrass supergroup Sideline on lead vocals, tenor vocals, and Dobro. Currently performing close to over 200 dates a year, Sideline is one of the top bluegrass bands today. Brad now resides in Seymour, Tennessee with his wife and children.