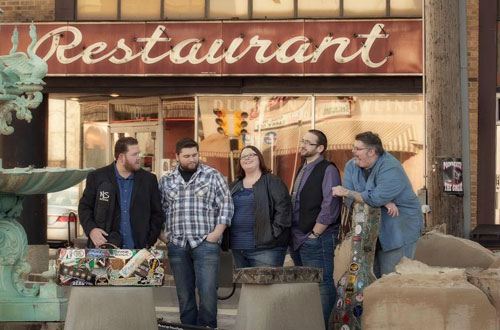 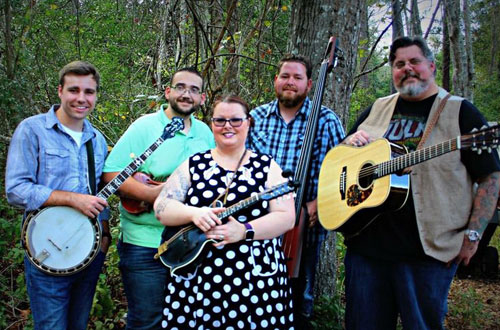 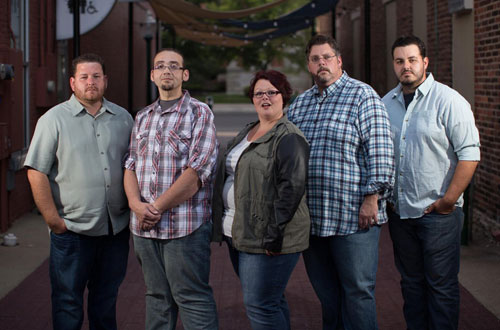 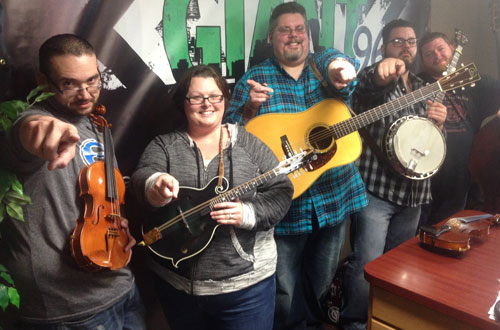 Blue Mafia was formed in 2011 by Dara & Tony Wray and has become a fan and promoter favorite. The band’s latest recording effort, Hanging Tree, is their second release for Pinecastle and showcases a band that is really coming into its own. Blue Mafia has wowed critics and fans alike with their with their now seasoned and engaging live performances. Their sound translates well to the studio as the performers you hear in the studio (with a couple of exceptions) are the same ones you see on the road.

“Blue Mafia specializes in the sort of aggressive “1-4-5 drive” that is widely popular these days, fueled by Tony Wray’s overhanded rhythm guitar sound. And regardless whether the lead vocals are coming from Tony, his wife and primary songwriter Dara Wray, or fiddler Kent Todd, the harmony parts are like a fourth voice of its own, moving and sliding through the chords at all times. It helps to give a characteristic sound to a group with several lead voices.” – John Lawless, Bluegrass Today

Dara Wray grew up with bluegrass and has musicianship in her DNA. She began learning guitar from her father at age 17 and now plays mandolin and sings in the band. Tony Wray provides guitar and vocals for Blue Mafia and was formerly the banjo supervisor at the Gibson Instrument company. While living in Nashville he was a freelance musician playing with the biggest names in bluegrass. Rounding out the incredible talent in the band are Curtis Bumgarner on banjo, Kent Todd on fiddle and vocals, and Mike Gregory on bass.