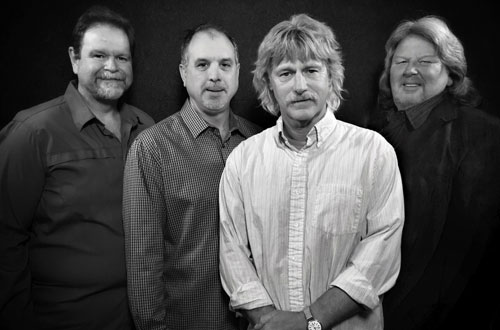 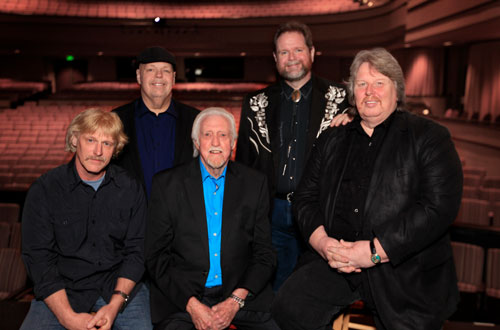 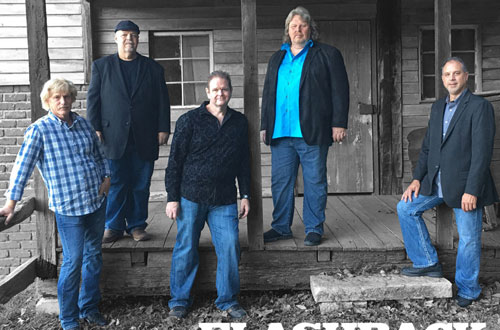 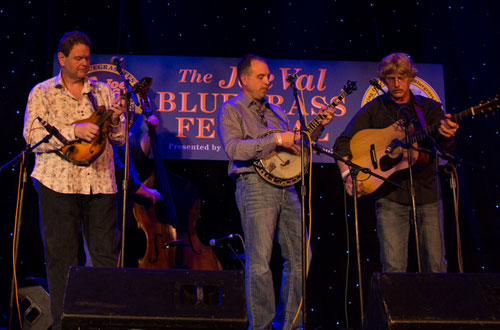 Flashback was named after the classic 1994 J.D. Crowe album Flashback, on which members of the band recorded while touring with Crowe. The group’s current lineup is Don Rigsby, Richard Bennett, Curt Chapman, and Stuart Wyrick.

Richard Bennet is a prolific singer/songwriter and talented flatpicking guitarist. Bennet is known not only for his contributions with various bands but also for several solo albums featuring his lauded vocals and picking.

Bassist, Curt Chapman, played in J.D. Crowe’s The New South for 13 years before joining other New South alums in the band Wildfire, who have recorded four albums.

Don Rigsby, is an award-winning musician playing mandolin, fiddle, and singing lead and tenor vocals for Flashback. He has toured, recorded, and produced with a long list of bluegrass favorites as well as recording numerous solo albums.

Stuart Wyrick is no stranger to bluegrass music. Over the past few decades, he has toured with bluegrass Gospel group New Road, Brand New Strings and the Dale Ann Bradley Band. While Wyrick was a member of Brand New Strings, the group won the SPBGMA International Band contest award.