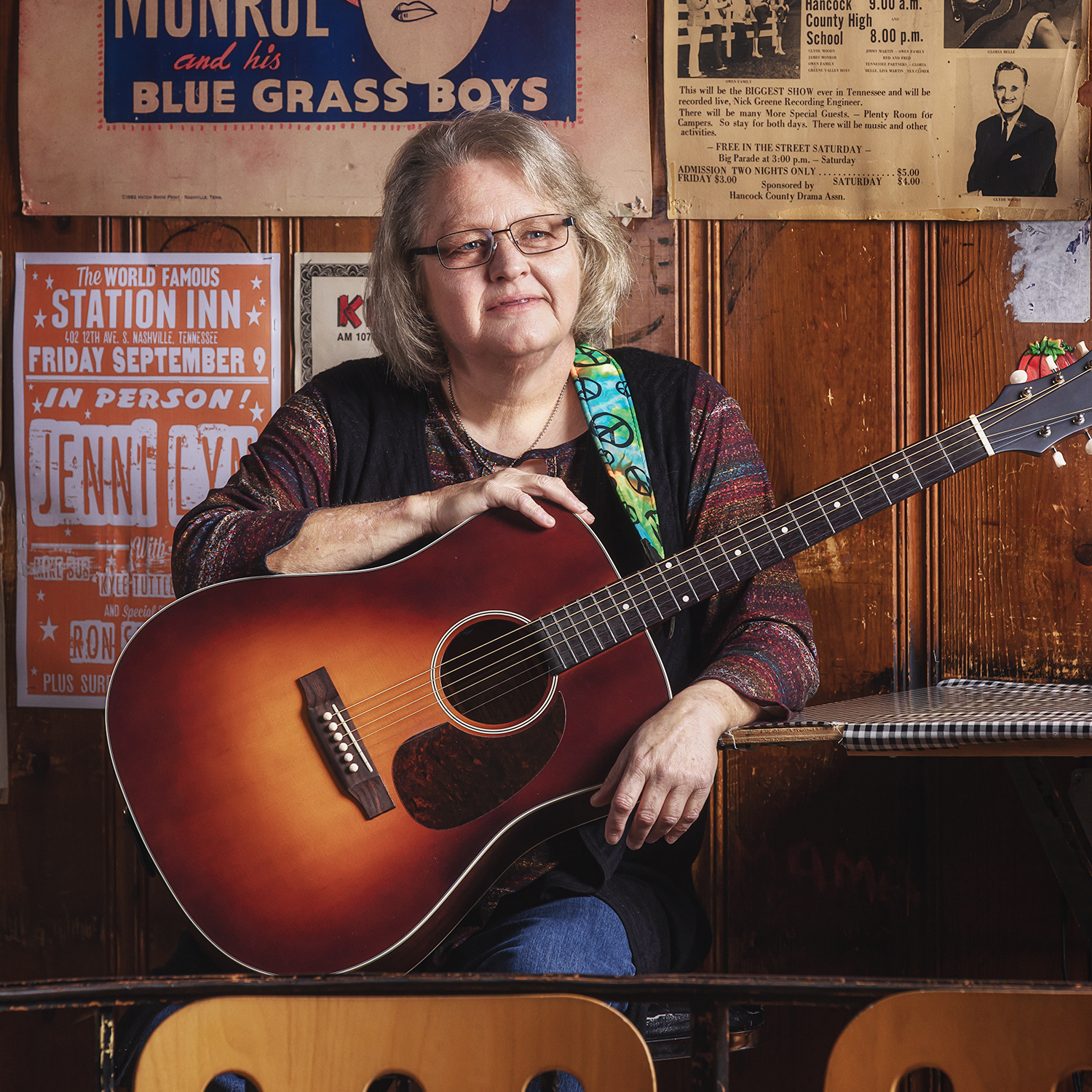 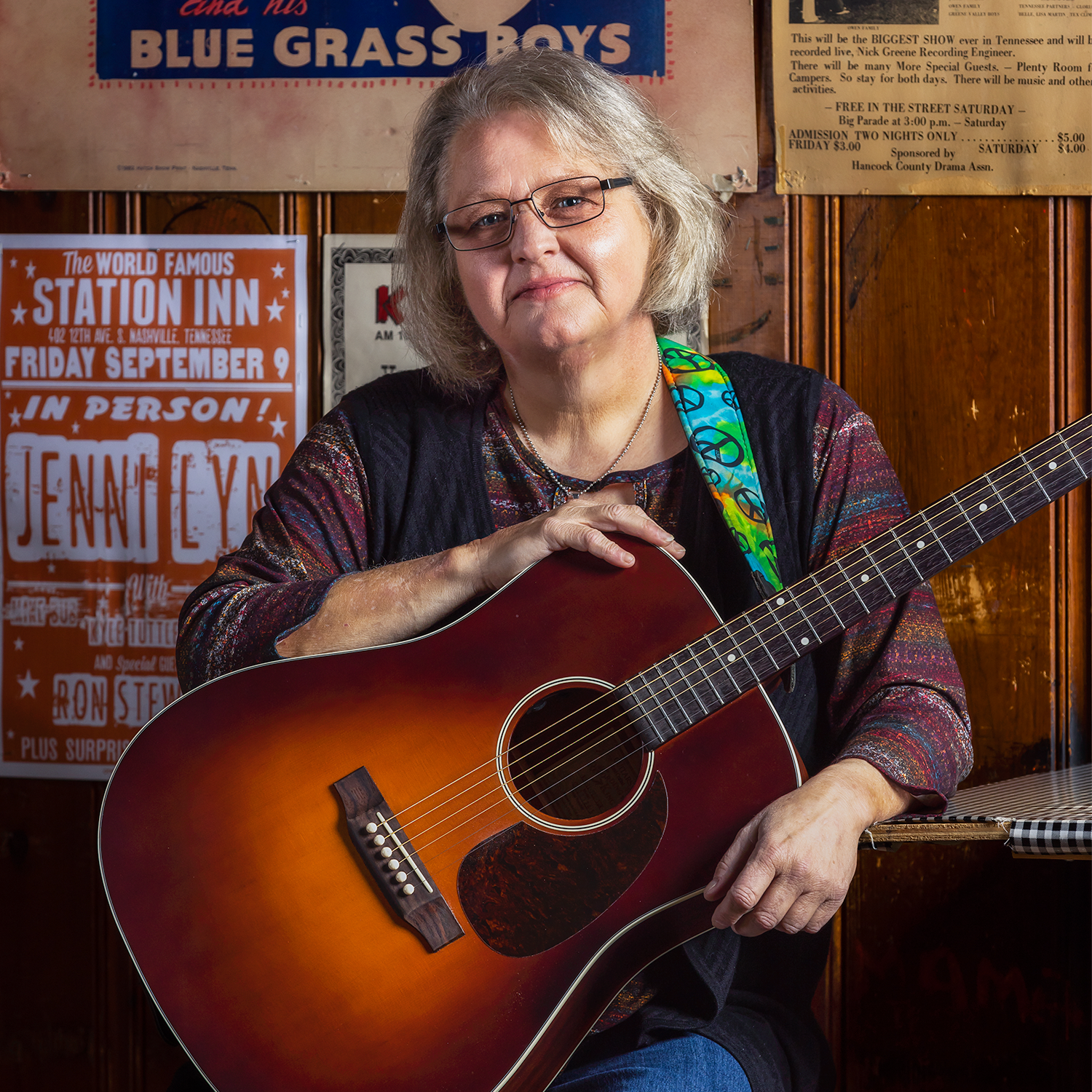 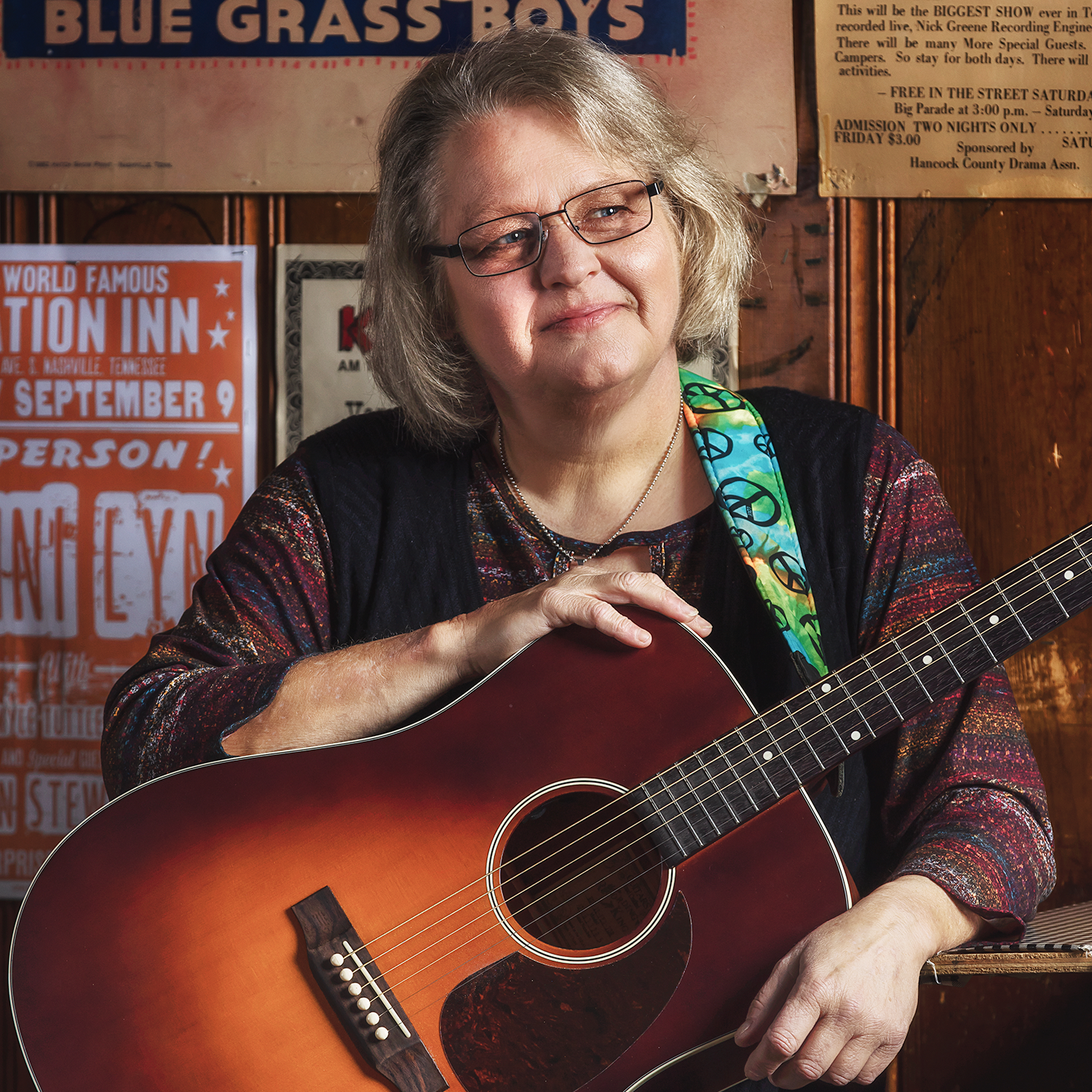 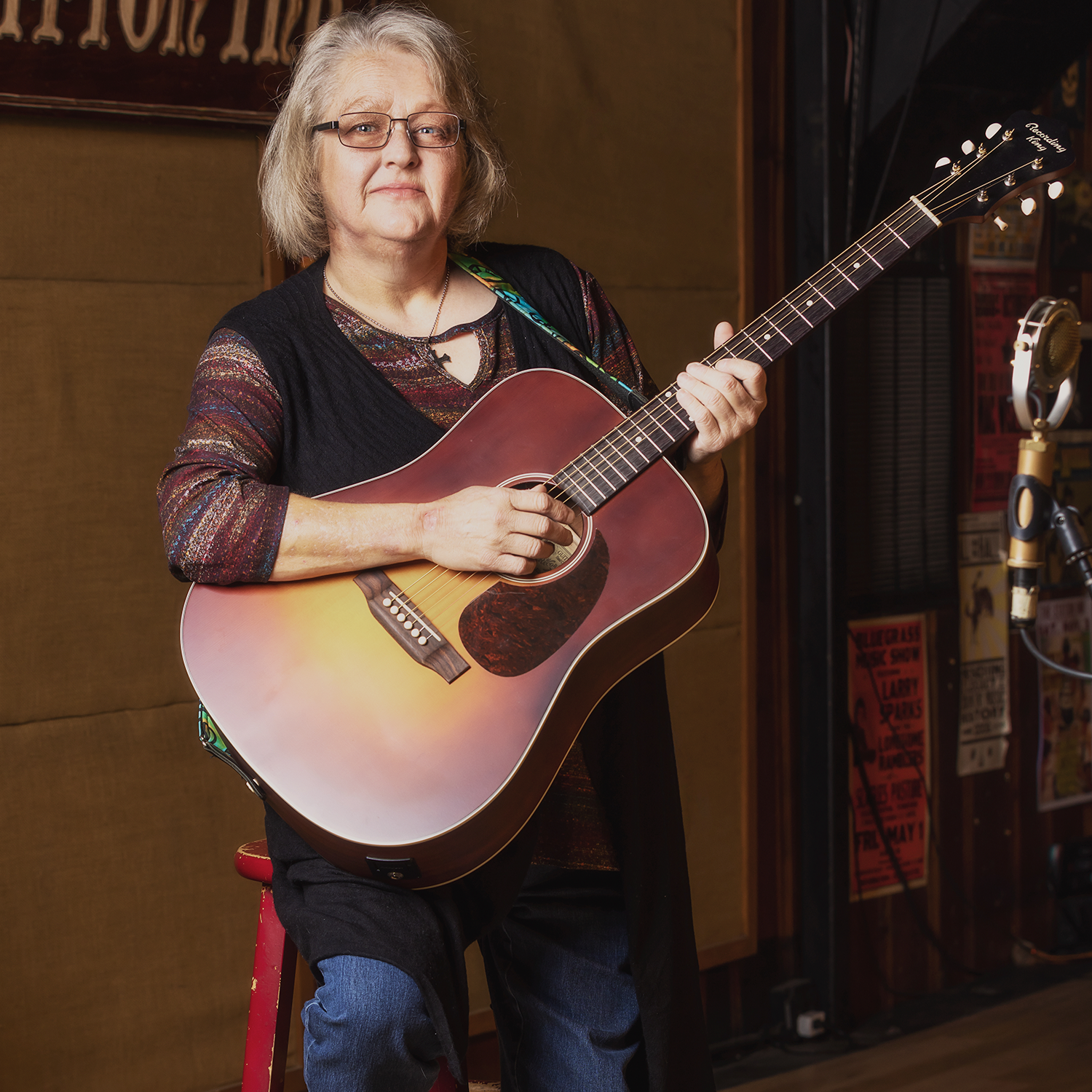 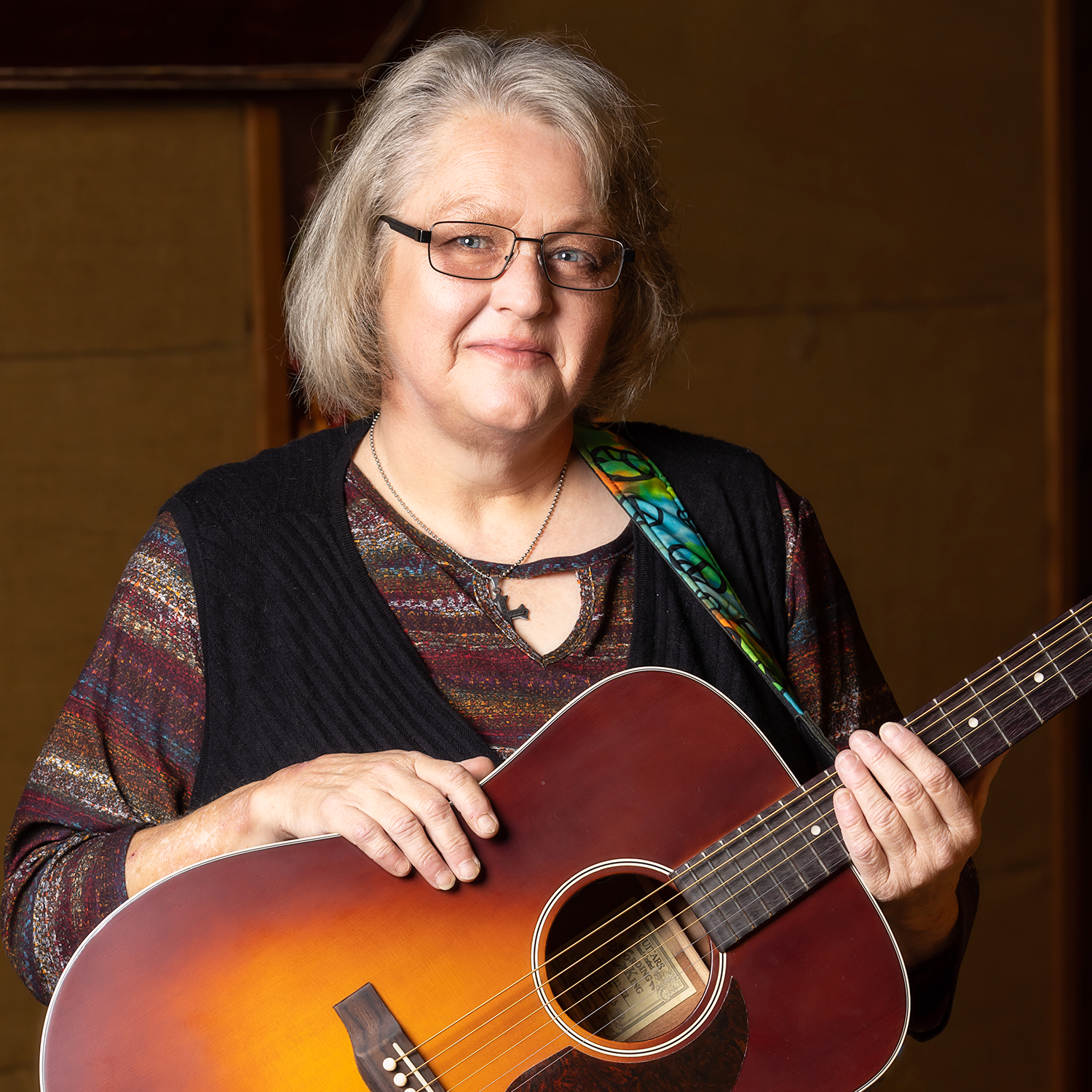 Dale Ann Bradley has always expressed in her recordings the boundlessness of bluegrass music and its musicians and vocalists by incorporating songs from all styles into her shows and albums. The success of her formula is undeniable, as evidenced by two Grammy nominations, an induction into the Kentucky Hall of Fame, and five IBMA Awards for Best Female Vocalist. ”Bluegrass can go anywhere, do anything, rip your heart out and make you laugh,” she says.

With her upbringing- much like that of her music heroes, it is no small wonder that when listening to her one is struck by the overwhelming nod to days past. Her home in the coal fields of Appalachia had no running water or “safe” electricity until she was a senior in high school. “One light socket and an extension cord kept a 1950’s “Philco” refrigerator, box fan, and radio going. Looking back now I know how dangerous that was.”

Along with living in an extremely rural atmosphere, there were heavy religious restrictions as well. Her father worked hard in construction, coal mining as well as a minister in the Primitive Baptist tradition.

No musical instruments were permitted in the heavily restrictive Primitive Baptist services nor was there a musical staff to be found in the churches. The congregations sang from a little hymnal called The Globle in a style very similar to Ralph Stanley’s a cappella spirituals.

It was also nearly impossible to get recorded music. A great uncle who had left Kentucky and did well in Detroit bought her an 8-track tape player as well as tapes from her favorite entertainers. She was around fourteen when she received her first guitar. “It was a little plywood, small body guitar, but it had six strings and I made a pick from a milk jug. Drove everybody crazy.”

It was her junior year in high school when a new band director came to her school. Band director Mearl Risner and his late wife Alpha sang weekly during the summers at Pine Mountain State Park in Pineville, KY and invited Dale Ann to perform with them. This band configuration became the “Backporch Grass.”

Back Porch Grass would allow her to start her musical journey. They obtained regular regional gigs and recorded a couple of 45 singles Through the band, she met her future collaborators the New Coon Creek Girls as well as Harold McGeorge, whose help brought her to the door of Kentucky’s famous Renfro Valley, home of her first extensive entertainment contract.

While at Renfro Valley, she performed on all shows and recorded on The Sunday Morning Gatherin’, which still remains the second oldest radio show in America next to The Grand Ole Opry. Dale Ann also recorded two solo albums during her tenure at Renfro Valley. “I can’t put a price on all I learned at Renfro Valley,” Dale Ann says. She joined “The New Coon Creek Girls” while at the Valley and performed with them until 1997. She recorded four albums on Pinecastle Records with the band.

Pinecastle then offered her a solo deal. Sonny Osborne would be producing and she had always been a huge Osborne Brothers fan. Her first release East Kentucky Morning propelled her into international media and airplay. She charted on Billboard, Gavin and International Bluegrass charts and landed features in Billboard magazine and dozens of major industry publications. The Grand Ole Opry opened its doors for Dale Ann to guest several times as a result of this project. Her second release, Old Southern Porches, garnered more of the same accolades. “I was getting album reviews that I couldn’t read,” she laughs, “They were from all over the world.” The third Pinecastle release, gospel album Songs of Praise and Glory, shone brightly in the Gospel market.

Dale Ann parted ways with Pinecastle Records after three albums, perfecting her craft and earning accolade after accolade before returning in 2015. Her self produced album that same year, Pocket Full of Keys, earned her first Grammy nomination.

Two years later she would release her self titled album on Pinecastle as a way of saying “Hi” to her many current fans and future listeners.

In 2019, Dale Ann was on the verge of another release. She calls her release The Hard Way on Pinecastle Records, “the album I’ve always wanted to make.” Recorded at Bonfire Studio (the home of Pinecastle Records), she once again brought her trademark passion and talent to beloved classic tunes from various genres, delivering a must have album for fans and collectors.

Also in 2019, Dale Ann and all-female group Sister Sadie were nominated for “Best Bluegrass Album for the critically acclaimed Sister Sadie II. 2019 also brought the group’s debut on the legendary Grand Ole Opry, and the IBMA award for “Vocal Group of the Year.” The IBMA recognition marked the first time ever that an all-female group has won in this category.

After a career that has seen collaborations with Vince Gill, Pam Tillis, Dan Tyminski, and Sonny Osborne, Dale Ann is not resting on her laurels. In January of 2020, she was voted SPGBMA’s Female Vocalist of the Year. Oh Darlin’, her first 2020 project- a collaborative album of stripped down duet recordings with Sister Sadie bandmate Tina Adair, produced a chart topping single of the same name.

In 2020, after signing a multi year contract with Pinecastle, she left Sister Sadie to focus on her solo work with her new band MoonRunner, featuring Kim Fox on guitar and background vocals, Matt Leadbetter on dobro, Mike Sumner on banjo, and Ethan Burkhardt on bass.  Her first album with the new lineup, Things She Couldn’t Get Over, will be released in early 2021.  The first single from the album, “Falling Down,” is out now on Pinecastle Records.